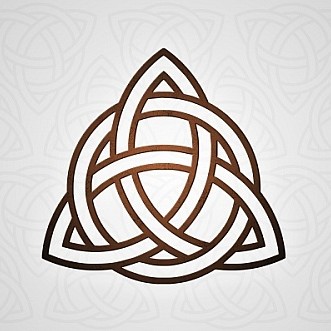 Some words from Roger on God’s History as part of Living the Woven Cord series in the run up to Easter. Click here to listen to last week’s talk by Roger (Part 1 of the series).
God is Trinity and the beautiful, relational unity and love expressed within the divine three in oneness show us the way in life. That the God of power and creation expresses his true nature in suffering, humility and selflessness (incarnation, cross) and his glorious and loving power through resurrection and ascension (salvation, rescue of humanity) is truly incredible.
The Father and Spirit release the Son to go. The Trinity changes forever as the Son is ‘made flesh’. The Son who created all things limits and humbles himself ‘becoming human’ to reach out and save.
On the Cross, God experiences death. The Father suffering the heartbreak of letting the Son go, suffers in and with Jesus on the Cross. Jesus suffers separation from the Father and the Spirit as he is overtaken and overwhelmed by all the evil and sin that ever has been and ever would be. The Spirit hovers, sustaining the whole of the earth, able to rescue the Son in an instant, yet holding back, sharing the desolation of the Father, the alienation of the Son and together with the Father and Son experiencing a loneliness, separation and darkness. All this to break the chains of death, sin and evil around creation and humanity once and for all. Jesus liberates humanity from slavery by paying the price of our redemption. In this act Father, Son and Spirit are total participants, in different ways,  showing an unwavering love and sacrificial commitment to humanity.
God, the Trinity held through the darkness, knowing that in the resurrection he would again show his power, the Father and Spirit raising the Son who has now destroyed sin and evil. Once again they would be restored and together but never the same. Jesus then ascends in bodily form to the right hand of God, alongside the Father, taking our humanity with him. Our lives can now be truly ‘hidden with Christ in God’. The glory of humanity, lost in Adam, now restored in the second Adam. The Spirit is now released on all humanity and the drama of God’s salvation enters its final act. We are now part of the adventure and cast, shaping the flow and detail of the plot as it heads towards it’s predestined conclusion.