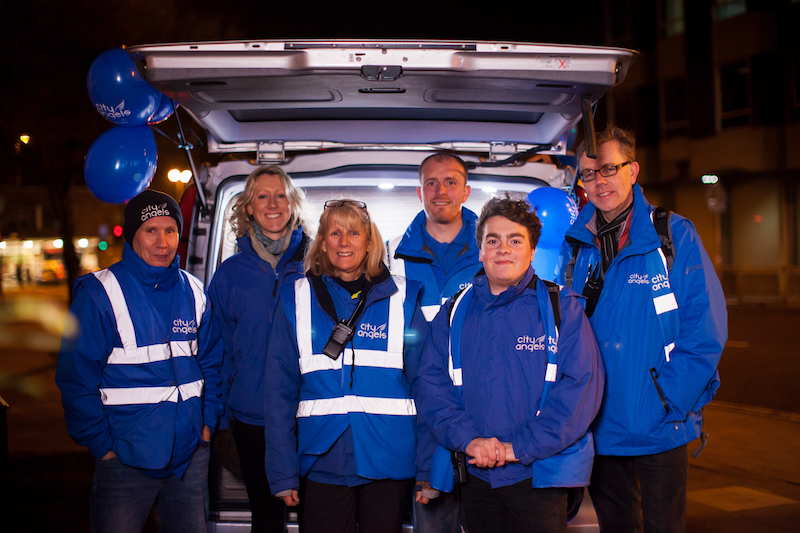 The wonderful City Angels volunteers continue to go out on the streets in all weathers until the early hours on weekend evenings, helping anyone in need and bringing a calming presence to the city centre streets. The following statistics from January to December 2017 highlight the continued need for their presence:

Total number of people given assistance:  157 (222 including those involved in group fights)

Number of men given assistance: 94

Number of women given assistance: 78

Number of times CA intervened to stop/prevent escalation of group fights (often with police/door security) back up: 9

Incidences when an individual was deemed vulnerable of sexual assault and were supported by CA: 3

As you can see, there is still a huge need for their presence on the streets – what would have happened to the 10 people found collapsed/unconscious, if they hadn’t been found by City Angels? City Angels continue to work closely with Sussex Police and all the door security men and women; as well as liaising with CCTV and working with City and District Councils.

City Angels have also been busy with other events – in January the volunteers celebrated with an end of year party; the following evening several volunteers were present at Chichester cathedral for the churches’ Unity Service – celebrating the work of many such essential voluntary projects run by different churches across the local area.

One night in January the City Angels team received a call on the radio from door security staff that had found a young lady at the back of The Vestry, vomiting and reluctant to move. City Angels took over, allowing the security team to go back to work. On the same night another young lady was found outside The Fountain, also vomiting and unable to walk – City Angels helped her back to the university campus and alerted Student Campus Security who were able to check up on her. City Angels then received a radio call from The Fountain to say that a lady had collapsed in the toilets upstairs, and was semi-conscious and having a seizure. City Angels were able to call her father and support her until her father arrived to take her home.

Thank you so much to all the highly committed and hard-working City Angels volunteers!

A Visit from the Westhoffs

An Update from the Bell Tower