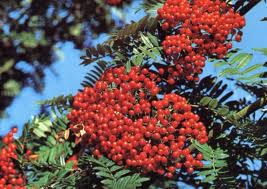 The other week whilst in a rush I made a decision I thought I could regret. However with time pressing me I took on what a thought was a small risk. I pulled into our office car park to find two spaces vacant. One was about a 10 second walk from the entrance door the other about 5 seconds but parked under a tree laden with big orange berries. I went for the 5 second saving option as every second counts after all when you are in a rush. In the next 30minutes the heavens opened and a monsoon ensued. The fruit laden tree surrendered pretty much its entire harvest over my car. Not only that but the ferocity of the rain had turned the berries into some sort of smoothie like paste. The car was covered and I was furious. Slowly it dawned on me that my fury was old justified being unleashed on myself. I took a risk to save 5 seconds and it had not paid off. Even worse was the fact that it took me 15minutes to clean it all off the car!

Once I had finished cleaning and moaning about the stupid tree I realised the tree was just doing what it was created to do. It was dropping the only fruit it would ever grow in the only place it could, immediately bellow its branches. It was only that I put the car under it that it covered my Honda with its organic berry face pack.

The law of Mumps and Measles states that if I have Mumps I cannot give someone Measles not matter how hard I wish to or try. I can only pass on Mumps to those near me. The Bible encourages us to learn from others who are listed as examples, models and teachers in the faith in the New Testament. Always pray and think wisely at whose feet you place yourself. You will catch what they have both the good and bad.