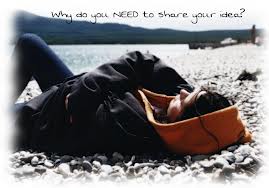 I found myself well out of sync once again this week. I ended up reading the story of the birth of Christ in mid February! As usual when I open the Bible with a bit of peace and space the Lord speaks to me as something leaped out and smacked me around the face like a wet kipper. So here is what I read……

“So they hurried off and found Mary and Joseph, and the baby, who was lying in the manger. When they had seen him, they spread the word concerning what had been told them about this child, and all who heard it were amazed at what the shepherds said to them.  But Mary treasured up all these things and pondered them in her heart. The shepherds returned, glorifying and praising God for all the things they had heard and seen, which were just as they had been told.”

The line and phrase that leap was the ‘treasuring up’ and ‘pondering’ that Mary did. She was in awe and shock at the news that accompanied the birth of her child Jesus. The story the shepherds shared that reiterated the angelic message received a few months before. The child was not just special he was the saviour of Israel. Gods one and only son Jesus Christ had come to earth.  It just inspired me to reflect on who Jesus is and what he has done for me. I would encourage you before the sun sets today to ponder what this birth means to you.