Dan Blog: The Cost of Failure 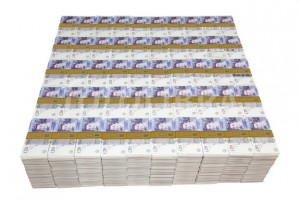 I was staggered to read yesterday the headline that Football Clubs across the Premier League and English Football Leagues have spent a staggering £99million in firing managers. This is the estimated cost in to football clubs in the top for English leagues last season according to a report released this week by the League managers Association (LMA). The cost was equated by the accumulation of compensation, legal fees and double contracts (where you are still paying the old manager and the new one). This figure would have been much higher if agent’s fees and the changing of back
room staff that often accompanies a new manager had been included.

LMA chief executive Richard Bevan, who believes managers are not being given enough time to prove themselves. “We want to move away from
managers being judged on their last three results,” Bevan said.

I have worked to the motto of ‘Try and fail but don’t fail to try’ in my life. I have made some howlers and failed over the last 14 years as a Church Leader. I also know that there are times where I get it wrong consecutively. If I was a manager in the Football League or Premier League I would be another one of the statistics of failure. I thank God that I have men and women around me who took a risk on me and stood by me as I learned and got it wrong. I thank God for those who have cheered me on, shaped me and picked me up when I have fallen.

But here is the challenge for me. Can I show the same kindness, love, generosity, commitment, support, patience to the generation behind me as they learn their lessons in Godly leadership of Jesus bride? In my experience no one is ever the finished article let alone starts out as it. We are all a work in progress at best.

Phil Blog: View from the Cathedral